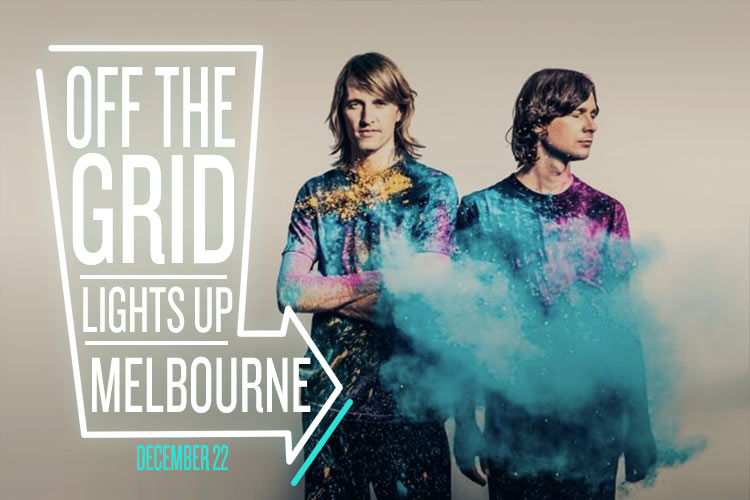 With The Greens this week announcing an ambitious plan to provide 90% of Australia’s power via renewable energy by 2030, it seems as though environmental sustainability is on everybody’s lips.

None more so than Ross Harding and Eyal Halamish, co-founders of the new solely solar-powered and completely waste-free music festival, OFFtheGRID, which will be setting up its photovoltaic cells and charging them up to eleven in the heart of Melbourne this December.

Harding and Halamish, from Finding Infinity and OurSay respectively, aren’t new to the environmentally sustainable live music game. Having taken the concept of OFFtheGRID around the world over the last few years, they are now bringing their vision for a cleaner, greener, louder future to the heart of Melbourne on December 22.

Aside from a banging line-up, OFFtheGRID will also implement its tested sustainability plan by ensuring that all the electricity utilised by the festival is solar powered, all waste compostable, and (most excitingly for anyone who has swum their way out of mosh pit through a sea of disposable plastic cups) all cups will be reusable.

Sound too good to be true? According to Bryce Lawrence, head of production for OFFtheGRID, that’s the whole point. The technologies that OFFtheGRID will be using to ensure their environmental footprint is next to non-existent already exist; they’re just not being used by other music festivals yet.

So if you’re all too familiar with ending your festival experience knee-deep in rubbish, check out OFFtheGRID instead. Besides, with a line-up this strong, helping save the earth has never sounded better.