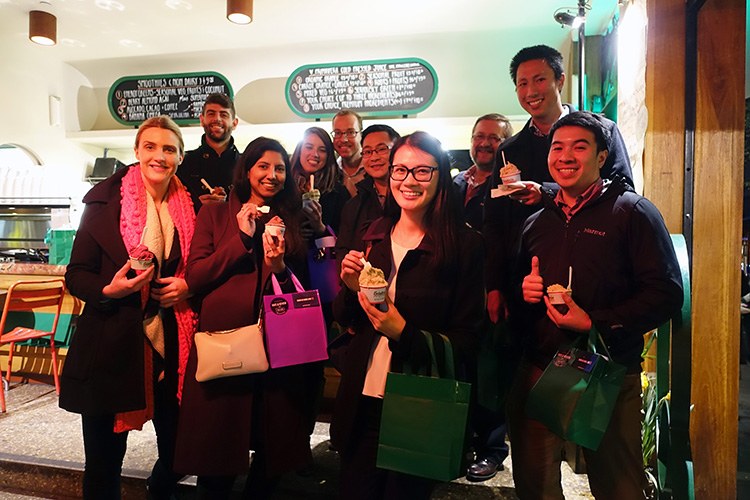 We hit the streets of trendy Melbourne on the Local Stars Food Safari. Despite the rain, our Local Stars braved the weather to join the mysterious adventure.

The night started at a ‘rather fancy garden party’, Madame Brussels, a popular rooftop bar with a kitsch decorated interior. Most well-known for their fruity cocktail jugs and warmer cocktail teapots, the charismatic waitstaff delivered an extravagant expereience.

Following the path of fancy vibes, we ventured on to Punch Lane for dinner. All secrets were revealed as guests arrived to find their passport itinerraries and special gifts, including ‘Homer Simpson’ donuts from All Day Donuts. Over delicious food and delightful company, the energy and lively vibes continued to flow. This intimate wine bar and restaurant seemed to be a sentimental venue for a couple of Local Stars, but everyone left with new memories to treasure.

Every food safari needs to end on a sweet note and that’s exactly how we finished the night at Spring St Grocer. It’s a hidden gem but definitely one of the most popular venues for gelato – plus they have an underground cheese cellar!

By the end of the night, our Melbourne adventurers were already keen for the next safari. If you’re interested in becoming a Local Star and you could be a part of the expedition too. 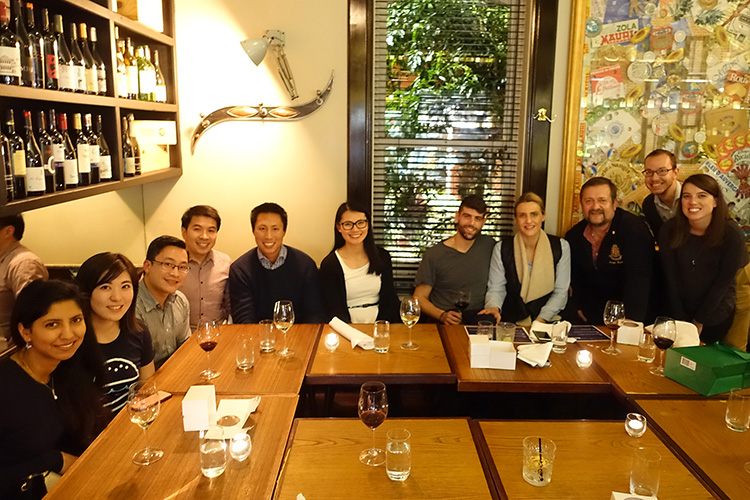